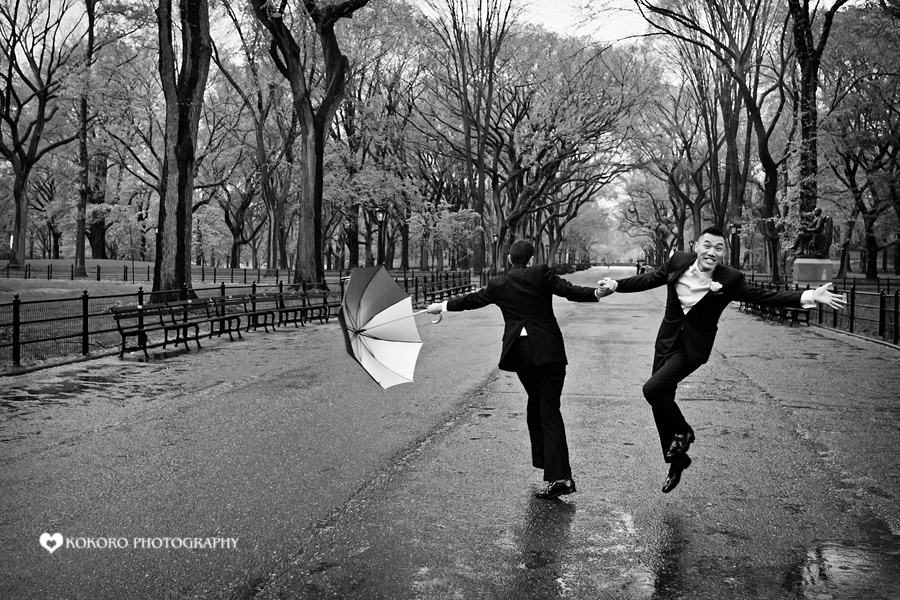 The wedding plans had been finalized for weeks and Jim more than anyone, was beyond excited for their magical day to arrive. We arrive in town early for the prewedding festivities – drinks with college friends, the bachelor party, a photo shoot in Times Square and a traditional Chinese meal for the rehearsal dinner. And then it was time for the wedding. Not just any wedding mind you, but one Jim and Derek thought they might never legally have. I don’t care where you stand on the issue of gay marriage, but if every couple loved each other as honestly and deeply as these two men do there would be no divorce.

As is tradition with Jim’s college friends his morning began with a Japanese Tea Ceremony. Serving each other tea and sweets began as tea ceremony classes in college and is still an important part of their relationships. As different members of the group has gotten married they’ve each shared tea before their wedding. After some time to get ready, Jim and Derek had a first viewing on the Sky Terrace of the Hudson Hotel.  A few minutes alone before the craziness of the day began.  Since we arrive the weather had been perfect but this day started with rain. Luckily, we found a large umbrella  just in case and didn’t let those rain drops stop us. We walked from the hotel to the Bethesda Terrace in Central Park for formals photos. The walk was beautiful, because of the rain we had the entire park to ourselves – so quiet and peaceful.

The ceremony was emotional. Vows written to each other had guests (and each other) in tears and at times laughing. And then the party began! The dining room was decorated with the pink cherry blossoms that were blooming through out the park. Each table setting had a had written note from Derek telling every guest why it was important to the couple that they be present at their wedding. Every detail was given great attention. It was truly a beautiful event.